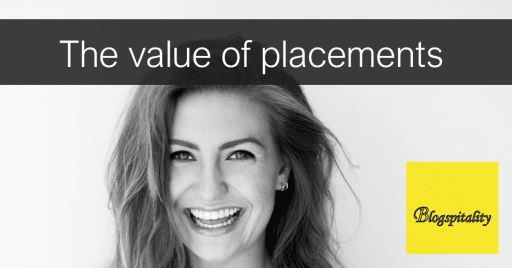 It feels like last month that me and my classmates were finalising our first year of college. Everyone was overly excited since we were all leaving for our first internship abroad. Away from home, away from our parents and safe pre-set environment. For me it was the first time being away from my home-base for so long, I was excited for all experiences to come. During the preparation our coaches and lecturers told us that this first placement would be highly contributing to our learning process. In what way, we had to figure out and fill-in ourselves.

During the summer holiday I was preparing and arranging everything in order to kick-off my placement in London. One week beforehand I was luckily able to find myself a place to live on spareroom.co.uk, which was just my luck! James had a room for rent, which was in the city centre. I had never seen James before, only through Skype, but we connected immediately.

As soon as I got to London James made me feel extremely comfortable. It was scary at first, but soon the house felt as my own place, as well did the city. Being able to move wherever, whenever I wanted gave me the feeling of freedom.

The next week my official placement started. I am still grateful for the opportunity to work for the wonderful five-star property, a true gem, in the city centre of London. Together with two other students from my study we first had an introduction day and we were even allowed to sleep in the hotel! This was awesome, and immediately created loyalty from us towards the hotel (clever and very necessary)…

Create Your Own Experience

During our placement we were working in the restaurant of the hotel. We started all the way in the back, making coffees in the pantry the entire day. I thought this was a bit disappointing, especially because we all had quite some experience in Hospitality already. The job was not what I expected, but instead of mugging about it, I decided to get to know the people that were working there.

London is a place where plenty of people go to find their luck, to get a ‘good job’ and to provide for their families. You can imagine that they come from anywhere in the world. During the rather simple daily tasks I was doing, I had the opportunity to learn about the people in ‘the back’ and their cultures, many stories were impressive, and the days passed on by faster and faster…

At certain points in time during the placement, I was ‘promoted’ in a way that I moved to a different position within the restaurant. In the end I was working as a Chef de Rang in the amazingly stunning restaurant. ‘The front’ was completely different than the back. I needed all the operational skills I had developed in previous jobs, and more. The differences in culture were challenging from time-to-time but working on such a high level in such a high-pressure-environment brought me more learning experience than I could have imagined. It was hard, but in the end, I would not want to have done it in any differently. One thing that my manager once told me is still a thing I sometimes struggle with. He told me; “Sometimes you just have to stop completely what you are doing, take a step back, realise were you are and see the big picture again.” It is an advice I still recall, and perhaps should recall even more often these days.

What am trying to say is that we are all young and ambitious at one point, but you cannot start at the top. Allow yourself to learn along the way and cherish the people you get to know, the experiences, what you see and learn to develop your personal learning.

So, CLICHÉ: Not the destination, but the journey is wat matters the most. 😉